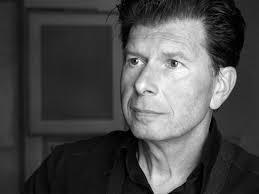 Michael Dannenmann is one of the most important representatives of contemporary portrait photography internationally. His photographs have been published in magazines such as ARTnews, Forbes, Manager Magazine, Vogue, Die Zeit, and Stern. Dannenmann creates expressive portraits of the film, fashion, music, and art world greats. These are pictures that remain in your mind. The fascination of his expressive portraits lies in the photographer's flair for capturing the core character of a person in a matter of seconds – illuminating something personal in a flash. The “decisive moment” in photography. Michael Dannenmann has this intuitive flair.

Michael Dannenmann's portraits are created using an analogue Hasselblad medium format camera. Through the photographer’s command of the camera technology, his visual skill, and his sensitivity, the images gain equilibrium and intensity. He successfully presents the uniqueness of a person’s nature in detail so that his portrait photographs are rooted in traditional portraiture.

There is a masterly interplay of planning and spontaneity. Dannenmann leaves enough space for those having their portrait photographed and merely creates the surrounding environment. The time factor becomes the decisive instrument. Preparing the settings and not to mention setting up the camera – from inserting the film, choosing the correct image setting, the light, all the way to adjusting the focus – all take time. The dialog with the photographer requires patience and trust from his model. The wait allows the person to find themselves. They relax, are completely at one with themselves. This seems to add calmness and thoughtfulness to Dannenmann’s actions. A calmness that is ultimately reflected in his portrait pictures. The look of those being photographed is calm and the shots show an unforced authenticity.

Michael Dannenmann's works can be found in important public and private collections and have been shown at the Fotofestival Obersdorf (2016), the Kunsthalle Osnabrück (2012), and the Museum Kunstpalast, Düsseldorf (2008), among others. An impressive overview of his artistic work can be found in his 2012 photobook Portraits. 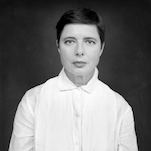 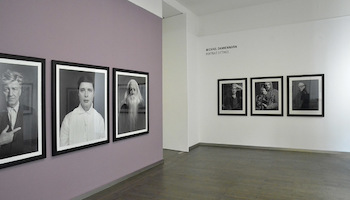