In around 20 years, Apostolos Palavrakis has significantly developed his style; the sensual-lyrical approach that he pursued in the 1990s has led to a clear, formally almost strict objectivity, in which structure and form is favored over expressive gesture and mythical aura.

And yet, Palavrakis is able to lend his works a dark secret that never fully reveals itself to the viewer. This publication focuses on sculptures and objects from the past six years. Some of the works appear to be like architectural models. In fact, Palavrakis, trained as an architect, develops objects from set pieces of real architecture. The cool elegance and grandeur of the form initially conceal the impossibility of construction, which defies the laws of nature. As hermetic as some of Palavrakis' works may seem, they open wide associative spaces in the history of art, architecture, science, the humanites, and technology. Together, they combine a mythical past, in which there seemed to be only progress, with our technocratic present, in which it has only recently dawned on us that every human achievement carries within itself the potential of destruction and chaos. On our own, what is left for us? 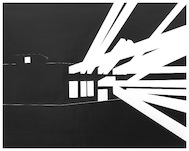 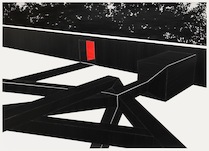 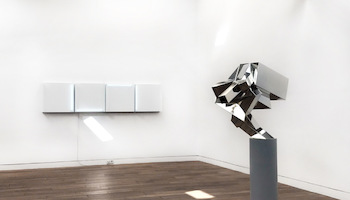 In the exhibition, the artist shows works from his early and later periods within a common conceptual framework. Even though he has consciously chosen to confront the past with the present here,...